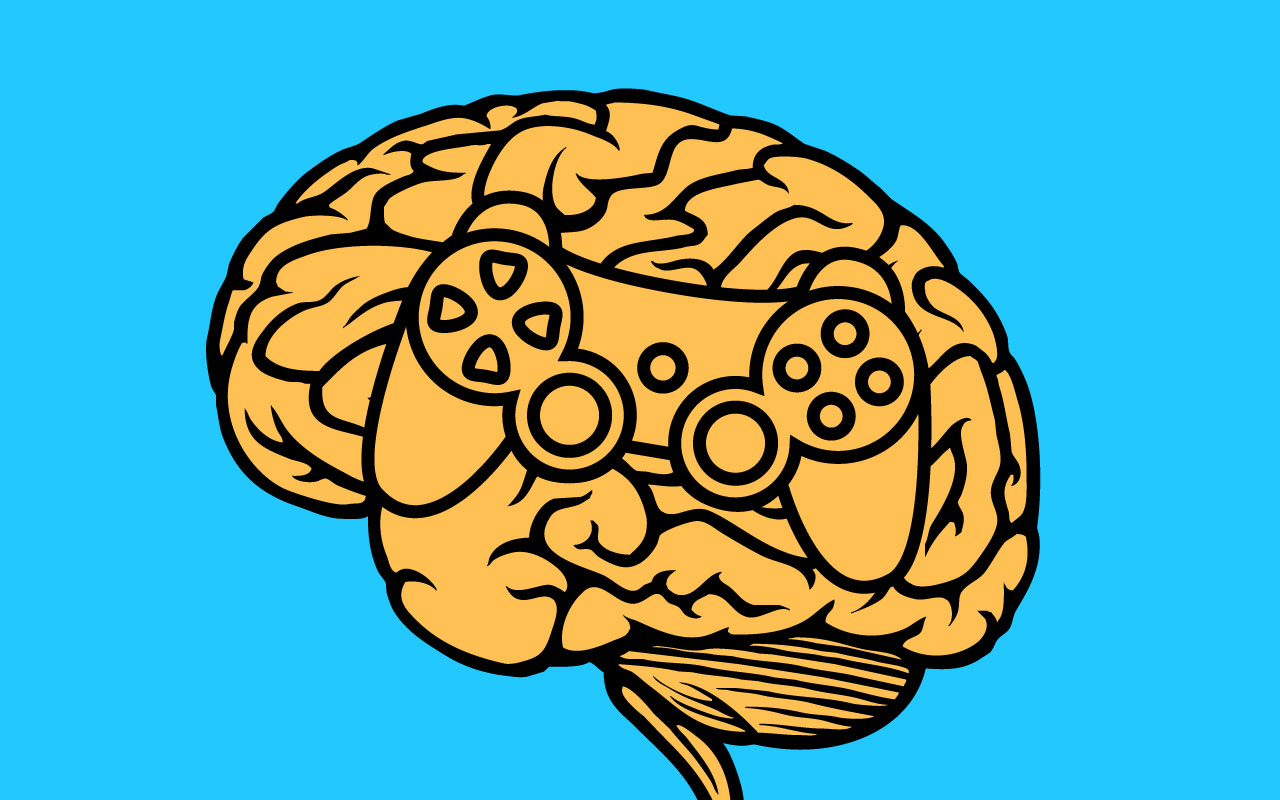 Video gaming is a popular form of entertainment, with video gamers collectively spending 3 billion hours per week in front of their screens. Due to their widespread use, scientists have researched how video games affect the brain and behavior.

At a glance, more than 150 million people in the United States play video games regularly, or for at least 3 hours per week. The average American gamer is a 35-year-old adult, with 72 percent of gamers aged 18 or older. For video game use by children, most parents – 71 percent – indicate that video games have a positive influence on their child’s life.

Decades of research examining video gaming and violence have failed to reach consensus among scientists. Scientists have been unable to find a causal link between playing video games and acts of violence in the real world.

A growing body of evidence, however, shows that video gaming can affect the brain and, furthermore, cause changes in many regions of the brain.

Scientists have recently collected and summarized results from 116 scientific studies to determine how video games can influence our minds and behaviors. The findings of their review were published in Frontiers in Human Neuroscience.

“Games have sometimes been praised or demonized, often without real data backing up those claims. Moreover, gaming is a popular activity, so everyone seems to have strong opinions on the topic,” says Marc Palaus, first author of the review.

By looking at all research to date, Palaus and team aimed to observe whether any trends had emerged about how video games impact the structure and activity of the brain. A total of 22 of the reviewed studies explored structural changes in the brain and 100 studies analyzed changes in brain functionality and behavior.

Results of the studies indicate that playing video games not only changes how our brains perform but also their structure.

For example, video game use is known to affect attention. The studies included in the review show that video game players display improvements in several types of attention, including sustained attention and selective attention. Furthermore, the regions of the brain that play a role in attention are more efficient in gamers compared with non-gamers, and they require less activation to stay focused on demanding tasks.

Evidence also demonstrates that playing video games increases the size and competence of parts of the brain responsible for visuospatial skills – a person’s ability to identify visual and spatial relationships among objects. In long-term gamers and individuals who had volunteered to follow a video game training plan, the right hippocampus was enlarged.

Researchers have discovered that video gaming can be addictive – a phenomenon known as “Internet gaming disorder.”

In gaming addicts, there are functional and structural alterations in the neural reward system – a group of structures associated with feeling pleasure, learning, and motivation. Exposing video game addicts to game-related cues that cause cravings, and monitoring their brain responses, highlighted these changes – changes that are also seen in other addictive disorders.

“We focused on how the brain reacts to video game exposure, but these effects do not always translate to real-life changes,” notes Palaus. The research into the consequences of video gaming is still in its infancy and scientists are still scrutinizing what aspects of gaming impact what brain regions and how.

“It’s likely that video games have both positive (on attention, visual and motor skills) and negative aspects (risk of addiction), and it is essential we embrace this complexity,” Palaus continues.

A team of researchers from the Florida State University has stated that people should be skeptical of adverts that promote an increase in the performance of the brain that results from brain training games. They have said that science does not support these claims.

“Our findings and previous studies confirm there’s very little evidence these types of games can improve your life in a meaningful way,” says Wally Boot, associate professor of psychology, an expert on age-related cognitive decline.

People are increasingly under the impression that brain-training apps will safeguard them against memory loss or cognitive disorders.

Researchers tested whether playing brain-training games enhanced the working memory of players and thus improved other cognitive abilities, including reasoning, memory, and processing speed – a process scientists call “far transfer.” However, this was not the case.

“It’s possible to train people to become very good at tasks that you would normally consider general working memory tasks: memorizing 70, 80, even 100 digits,” explains Neil Charness, professor of psychology and a leading authority on aging and cognition.

“But these skills tend to be very specific and not show a lot of transfer. The thing that seniors, in particular, should be concerned about is if I can get very good at crossword puzzles, is that going to help me remember where my keys are? And the answer is probably no,” he adds.

Charness points out that if your goal is to improve cognitive function, then aerobic exercise may help. Some research has found that aerobic activity rather than mental activity enhances the brain.

In contrast, a study published in Nature found that through the use of a specially designed 3-D video game, cognitive performance could be improved in older adults and some of the adverse effects on the brain associated with aging, reversed.

Scientists at the University of California-San Francisco (UCSF) clarify that this provides a measure of scientific support in the brain fitness arena – criticized for lacking evidence – that brain training can stimulate meaningful and lasting changes.

After 12 hours of training over the period of a month, study participants aged between 60 to 85 years improved performance on the game that surpassed that of individuals in their 20s playing the game for the first time. Moreover, two other significant cognitive areas were improved: working memory and sustained attention. These skills were maintained six months after completion of their training.

“The finding is a powerful example of how plastic the older brain is,” says Dr. Adam Gazzaley, Ph.D., UCSF associate professor of neurology, physiology, and psychiatry and director of the Neuroscience Imaging Center. Dr. Gazzaley notes that it is encouraging that even a little brain training can reverse some of the brain declines that occurs with age.

A recent study conducted by neurobiologists at the University of California-Irvine (UCI) found that playing 3-D video games could also boost the formation of memories. Participants were allocated to either a group that played video games with a 2-D environment or a 3-D environment. After playing the games for 30 minutes per day for two weeks, the students were given memory tests that engaged the brain’s hippocampus.

“First, the 3-D games have a few things the 2-D ones do not,” says Craig Stark, of UCI’s Center for the Neurobiology of Learning & Memory. “They’ve got a lot more spatial information in there to explore. Second, they’re much more complex, with a lot more information to learn. Either way, we know this kind of learning and memory not only stimulates but requires the hippocampus.”

Strategy video games, in particular, have shown promise in improving brain function among older adults and may provide protection against dementia and Alzheimer’s disease.

“If the target is to improve older adults’ cognitive control, reasoning, and higher-order cognitive skills, and stave off dementia and Alzheimer’s disease as long as possible, then maybe strategy games are the way to go,” informs Chandramallika Basak, assistant professor at the Center for Vital Longevity and School of Behavioral and Brain Sciences at the University of Texas at Dallas.

Basak, like Charness, agrees that cognitive training should come second to physical activity programs when it comes to improving cognitive function. Physical fitness programs have been linked with positive effects on cognition and brain function and structure.

There is evidence to suggest that video games may be a viable treatment for depression and improve memory and mood in adults with mild cognitive impairment.

The effect of video games on the brain is a new area of research that will continue to be explored. We may just be scraping the surface of the potential that video games could present in enhancing cognitive ability and preventing cognitive disorders.

Read the original article at Medicalnewstoday.com