Game Music Town/Our Blog/News and Articles/Stressed Out? Science Says to Play a Video Game for 5 Minutes 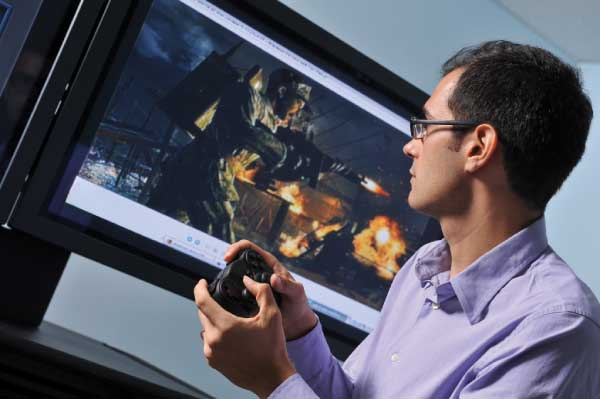 It’s great when science gives credence to the things you already do. This time, researchers found that playing video games helps you relax.

Research led by Michael Rupp, a doctoral student in human factors and cognitive psychology at the University of Central Florida, and published in the journal Human Factors and Ergonomics Society, found that study participants who took a break from mentally taxing work and played a video game for five minutes reported that their mood improved. Those who either sat quietly without using a phone or computer or participated in a guided relaxation activity did not report such improvement.

“We often try to power through the day to get more work finished, which might not be as effective as taking some time to detach for a few minutes,” Rupp said in a release. “People should plan short breaks to make time for an engaging and enjoyable activity, such as video games, that can help them recharge.”

In the study, the researchers gave 66 participants, 20 men, and 46 women, an assessment to gauge their baseline mood. The participants then completed a computer-based task that induced cognitive fatigue and took another assessment. After that, they were given five minutes to rest. Participants were split into three groups: One group played the casual video game Sushi Cat, another participated in a guided relaxation activity, and the third sat quietly in the testing room without using a phone or computer. The researchers then assessed the participants a final time.

Participants who played the game showed a greater boost to their mood. Those who just sat quietly displayed a worse mood.

A 2014 study published in the International Journal of Human Computer Studies found a positive correlation between time spent playing video games with recovering from work and a reduction in work-related stress. First-person shooters and action games were shown to be most effective. These results were in line with a 2009 study published in the journal of Cybertherapy & Rehabilitation.

It feels pretty good knowing that science supports my afternoon sessions of Super Mario Run in the office.

Read the original article at Entrepreneur.com