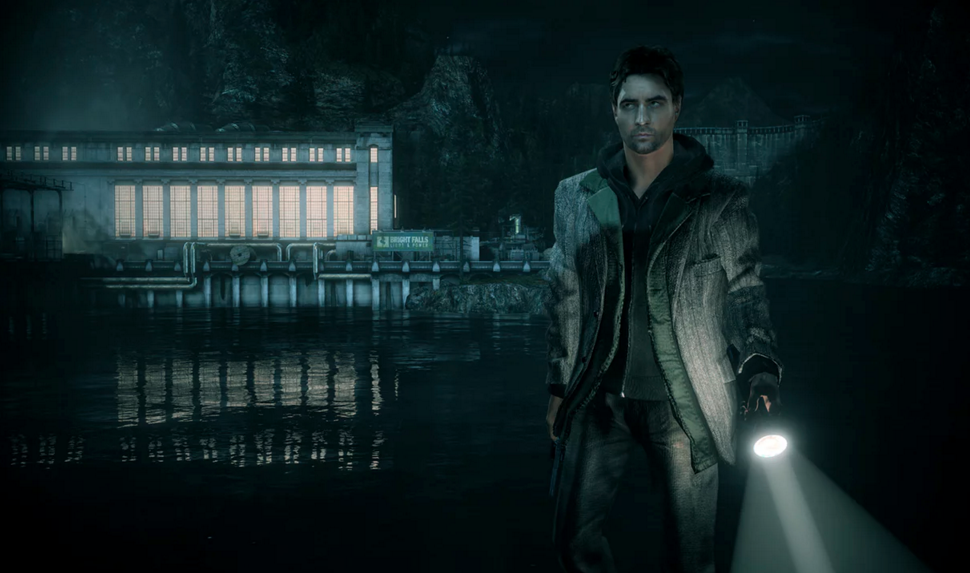 Left yourself with nothing to do this Halloween? Go on one of these spooky adventures and ensure you get absolutely no sleep at all.

If you’ve already had your Halloween party this weekend and were planning a quiet night in front of the TV, hiding from trick or treaters, we’ve got another idea for you.

All of the following horror titles are readily available for download on console or PC, so by early this evening, you could be scaring the bejesus out of yourself, looking for ghosts in an abandoned castle, or running into a poorly lit bathroom to escape a clown doll.

Yes gentle reader, here are 13 of our favourite (readily available) horror titles. You may want to leave the hall light on tonight.

One of the least likely Wii U launch titles was the underrated rogue-like undead apocalypse adventure ZombiU – which Ubisoft later updated for PS4 and Xbox One. Players have to make their way through a monster-filled London searching for weapons and food. Every time you die, you re-spawn in a different character and have to locate the body of your old self to reclaim your stuff. But of course, they won’t stay dead for long.

Bloober Team’s Layers of Fear sees the player, a painter, returning to his studio in a sprawling Victorian mansion after some time away. Desperate to finish his masterpiece, he must approach the easel in every chapter to confront horrific personal tragedy and the terrors that await him in his own home. It’s an eerie and ever-changing environment rife with unsettling art, coupled with a handful of jarring jump scares.

Inadvertently opening up an otherworldly rift to The Other Side that uses you and your friends as puppets for revenge just after graduation sure is a kicker. Night School Studio’s Oxenfree follows Alex and her friends trying to solve layers of mysteries across an abandoned island in the Pacific Northwest. The terrors of teenage drama and personal grief go hand in hand with precise jumps and an unsettling environment in this creepily characterful game.

A cult classic from the 2012 heyday of the Slenderman craze, born out of an internet forum post and spiraling like a nightmarish killer clown meme into popular culture. This survival horror game is short and sweet and sees you stalked through the woods by a featureless figure as you search for scraps of paper. The next PC and console follow-up, Slender: The Arrival, expanded on the theme admirably.

You’re a pizza delivery guy who’s been lured into a creepy house, and now there’s only one way out: to spend the night playing “games” with a ghostly girl named Emily and her distinctly unfriendly dolls. It’s a classic haunted house set-up with jump scares liberally littered about like demonic throw cushions.

Widely considered one of the most terrifying horror games of all time, Amnesia has the player gingerly exploring a large gothic castle, searching for its lowest floors where an evil baron awaits. Darkness leads to insanity, so you have to constantly seek out light sources, while also avoiding the creeping monsters. There are no weapons, so hiding and praying is your only hope. Developer Frictional Games followed this masterpiece with Soma (also worth a look tonight) which transfers the same sense of terror to an abandoned space station.

A group of hormonal teenagers finds themselves in a remote cabin where they are tormented by a psychopathic killer – who must be one of them. Alternating between a cast of eight characters, the game offers hundreds of different scenarios based on meaningful choices, actions, and who you manage not to kill off. There are a few jump scares, a requisite Indian burial ground or two, and teens running off to have sex in ramshackle sheds. What’s scarier than that?

“What happens to a house when it is left alone?” This question lurks behind one of the most unsettling and genuinely terrifying games on this list. Kitty Horrorshow’s Anatomy uses found cassette tapes across a suburban home and a masterful slow burn of tension (despite its short playtime) to achieve the kind of scares that make your own house feel like a malevolent presence. Looking for the opposite of hygge? You’ve found it.

Not a game, just a free downloadable demo for the next title in Capcom’s Resident Evil series, Beginning Hour is, nevertheless, a creepy triumph. You play an unnamed man trapped in a dilapidated house, looking for ways out – what you find is a video cassette of a paranormal investigation programme filmed at the very same location. So where are the TV crew? And why do ghostly figures keep appearing everywhere? And did I just hear… HOLY CRAP WHAT WAS THAT?!

A behemoth and a franchise in its right at this point, Five Nights at Freddy’s from Scott Cawthon is the king of the jump scare. The claustrophobic immobilization of being chained to a security desk of CCTV screens coupled with the new terror of dying batteries and animatronic childhood mascots is a feat to survive – let alone survive without screaming simply. Five Nights at Freddy’s is a short play – if you can handle it.

It’s the old story: investigative journalist meets ruined psychiatric hospital overrun by violent patients. But developer Red Barrels handles the familiar set-up perfectly, crafting a taut almost agonizingly tense survival adventure out of its nightmarish wards and dank, rusted operating theatres. Once again, the emphasis is on evasion, which in this case means hiding under a bed until the bad man goes away. Good luck sleeping tonight.

Playdead’s 2016 follow-up to their 2010 critical hit Limbo, is a sidescrolling puzzle platformer with a dreary relentlessness. Silent, except for a few atmospheric noises (dogs barking, a car starting, a gunshot), Inside follows a small boy through a monochromatic dystopia. The player must solve puzzles, which range from simple lever pulling to more grotesque displays of body horror – each made even more unsettling by its banality. Inside chills without kitsch, and does not apologize for it.

Currently available for a knockdown price on Steam, Alan Wake follows a horror writer to the Pacific Northwest, America’s spookiest corner, to combat writer’s block. When his wife goes missing, he must both find her and finish his novel while being bombarded by nightmarish shadows, ghosts, and ghouls. Taking a page out of Twin Peaks, The X-Files, and Stephen King, Alan Wake pays homage to classic kitsch horror, while also serving up its blend of psychological terror.

By Keith Stuart and Kat Brewster

Read the original article at theguardian.com