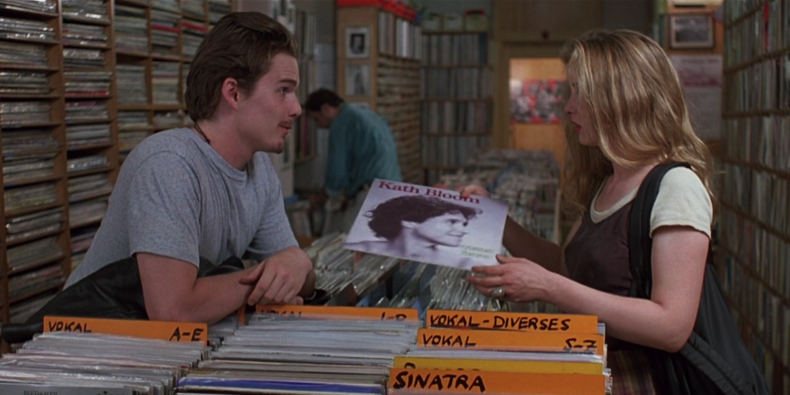 The connection between music and film dates back to cinema’s infancy when pianists and organ players provided live accompaniment for silent movies. Over a century later, motion-picture soundtracks are helping to keep the record industry alive.

Music supervisors routinely choose just the right pop songs to make key scenes swell with emotion and energy. One thing that remains a rare pleasure, though, is a film that draws our attention to a great established artist we’ve never heard before. Here are five such flicks and the musicians they re-introduced.

The late British folk singer Peter Sarstedt had a brief moment of fame in 1969, when his single “Where Do You Go To (My Lovely)?” hit No. 1 on the UK pop charts, but plenty of young Americans first encountered the track because of Wes Anderson (and his go-to music supervisor, Randall Poster). In Hotel Chevalier, the short that screened as a prologue to Anderson’s 2007 film The Darjeeling Limited, Jason Schwartzman’s character Jack plays the song on his iPod before welcoming an old girlfriend (Natalie Portman) into his elegant Paris hotel suite. “Where Do You Go To (My Lovely)?” appears again at the end of the 13-minute vignette, soundtracking a gorgeous slow-motion sequence in which the lovers go to the balcony and look out over the city.

Surely Hotel Chevalier increased the profile of a nearly forgotten musician who didn’t retire until 2010, but the clip itself works as an extended music video for Sarstedt’s hit. The couple’s fragile rapport echoes the song’s simultaneously tender and biting portrait of a beautiful European socialite, and the short’s setting matches its French-accented accordion flourishes. (Schwartzman also sports a vintage Sarstedt mustache.) The songwriter’s typically erudite lyrics, which mention Balmain, Picasso, the Rolling Stones, Aga Khan, and more, are the perfect complement to Anderson’s maximalist, hyper-referential style. The track feels less appropriate when it turns up in Darjeeling, with Jack cueing it up one more time on a train through India. And that’s probably the point.

The film that kicked off Richard Linklater’s romantic, philosophical “Before” trilogy also brought a talented musician out of retirement. Browsing in a music store near the beginning of what is to be a long, sleepless night of earnest conversation, Julie Delpy’s Céline picks up a record by the late-’70s/early-’80s Connecticut folk artist Kath Bloom. The camera lingers on Céline and her new friend Jesse’s (Ethan Hawke) faces for over a minute, as they play Bloom’s “Come Here” in a listening booth and steal nervous glances at each other while the singer delivers desire-soaked lines like, “No, I’m not impossible to touch/I have never wanted you so much.”

In an interview from 2012, Bloom recalled that when she was approached to contribute a song to Before Sunrise, “It was 1994 and I was living in a travel trailer among orange groves in Florida with two babies. It couldn’t have come at a more unlikely time for me to fly somewhere and do things.” She’s been recording and performing again ever since, with a discography that’s grown to 19 albums, the most recent of which was released this March. In 2009, a new generation of indie and folk artists including Devendra Banhart, Bill Callahan, and Scout Niblett celebrated her work on loving Takes This Course: A Tribute to the Songs of Kath Bloom.

One of the many ironies of Inside Llewyn Davis, the Coen brothers’ wildly successful meditation on artistic failure, is that it made the somewhat obscure Greenwich Village folk singer Dave Van Ronk more famous than he had ever been before. Another is that Van Ronk had been dead for over a decade when the movie premiered, in 2013. The Coens based their script, in part, on his posthumous memoir, The Mayor of MacDougal Street. Set in 1961, a few years before Bob Dylan put the downtown folk scene in the national spotlight, the film follows the titular Llewyn Davis (Oscar Isaac), a talented, if not quite brilliant, a singer-songwriter whose prickly personality keeps ruining his chances at fame.

Llewyn takes its title from Van Ronk’s 1963 album Inside Dave Van Ronk, which Fantasy Records reissued as the movie hit theaters. A few of his signature songs are on its soundtrack, too—most memorably the mournful “Hang Me, Oh Hang Me,” which a misty-eyed Isaac performs for a rapt Gaslight Cafe audience in the opening scene. (The release it appears on, Folksinger, made our recent list of the 200 best ’60s albums.) And Van Ronk’s own rendition of “Green, Green Rocky Road” plays over the credits.

It sounds crazy, but it’s true: Aimee Mann’s career was in trouble before eight of her songs wound up on the soundtrack to her friend Paul Thomas Anderson’s poignant and poetic ensemble drama. With two well-received solo albums under her belt, the former ‘Til Tuesday singer found herself without label support, after she submitted the songs that would become 2000’s Bachelor No. 2 to Interscope and they refused to release the album without a strong single.

As Mann’s recordings remained in limbo, at the end of 1999, Magnolia premiered with a soundtrack featuring eight of her songs. The film’s centerpiece was a wrenching montage where the abject characters sing along to Mann’s “Wise Up.” She earned an Academy Award nomination for “Save Me,” which plays over the emotional final scene. (Schmaltz-loving Oscar voters gave that year’s award to Phil Collins, for the Tarzan love theme “You’ll Be in My Heart.”) Anderson helped Mann find a new audience for her songs of melancholy, redemption, and hard-won wisdom; she bought back her masters and self-released Bachelor No. 2 in early 2000. Eight years later, it had sold nearly a quarter of a million copies. But the director might owe her a larger debt. “Magnolia came out of Aimee Mann’s songs, which I was listening to at the time I was starting to write,” Anderson said in 2000. “I think the tone she gets is really beautiful. So I thought about using them as a basis, or as inspiration for the film.”

When Edwyn Collins wrote “A Girl Like You,” he was probably not expecting it to soundtrack a teenage clerk’s (Renée Zellweger) quickie with a middle-aged Tom Jones type (Maxwell Caulfield)—who happens to be her best friend’s (Liv Tyler) lifelong crush—in the back room of a struggling record store. But the song certainly fits. It’s a quirky throwback ballad of infatuation, with undertones of desperation and loss of control. Collins’ baritone vocal approaches cabaret-singer territory as he marvels, “You made me acknowledge the devil in me/I hope to God I’m talkin’ metaphorically.”

The track debuted on the former Orange Juice frontman’s 1994 album, Gorgeous George, but became Collins’ only stateside hit when it appeared on the Empire Records OST the following year. Although the movie tanked at the box office, “A Girl Like You” and Gin Blossoms’ “Til I Hear It From You” propelled the soundtrack onto Billboard’s album charts—and led to a bevy of syncs in higher profile American movies and shows for Collins. Two decades later, Edwyn Collins isn’t exactly a household name in the States. The nostalgia of 30-somethings who rented Empire on VHS has kept his song in circulation, though. A few years ago, the Black Keys even covered it.

Read the original article at Pitchfork.com