Game Music Town/Our Blog/News and Articles/Retro Gaming: Why Players Are Returning to the Classics 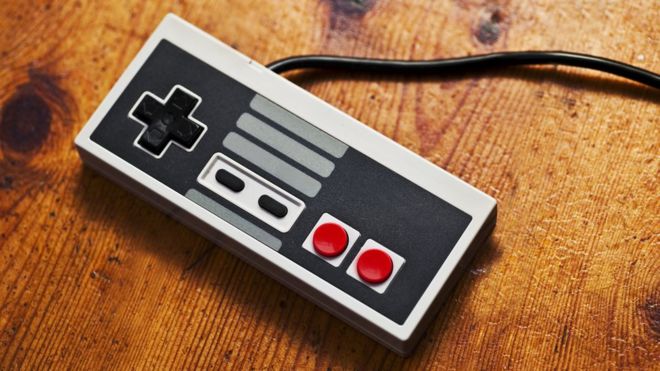 The market for consoles has continued to grow over the decades as technology companies across the globe try to get their bite out of the gaming pie. But almost 20 years into the new millennium, passionate players are still looking back in time to find their fix.

Whether you enjoyed curling up with Tetris on a Gameboy, rolling around as Sonic on a Sega, or were just trying to ignore the loud beeping sounds coming from the next room. If you were around in the 1980s and 1990s, you would remember the arrival of home gaming.

Computers had made it into our living rooms, and although fans had their favorites – the thrust of Street Fighter, the platforms of Super Mario or the simplicity of Pacman – children and adults alike were hooked.

The market for consoles has continued to grow over the decades as technology companies across the globe try to get their bite out of the gaming pie.

But almost 20 years into the new millennium, passionate players are still looking back in time to find their fix.

“While there’s an element of nostalgia, it’s important to recognize how well designed many of those classic games are,” said technology journalist and retro game collector KG Orphanides.

“The developers had so little space to work with – your average Sega Mega Drive or SNES cartridge had a maximum capacity of just 4MB – and limited graphics and sound capabilities.”

The average game now weighs in at 40GB.

But these limitations did not stop them from making some memorable games.

Gemma Wood, from Basingstoke, has never put her Nintendo GameCube in the loft – despite having it for more than 15 years.

“I love it, in fact, I was playing Mario Sunshine and Mario Kart Double Dash yesterday,” she said.

“I really could not get on with the controls on the Wii [a more recent Nintendo console] and, with retro consoles, most of the games are cheap because they are second hand.

“Newer consoles and their games are incredibly expensive. I understand that a lot of hard work has gone into the design etc.favourite, but how can anyone justify £50 to £60 for a game that you might not even enjoy?”

For others, it is a chance to show their children the computer games they grew up with. Howard Gardner, from south London, has revived his love of the Amstrad CPC and cannot wait to see the faces of his sons and daughter.

“Five years ago, when clearing out my uncle’s house, I found another CPC, restored it to working order and re-acquired some favorite games from eBay – and a laughably outdated 3D modelling package,” he said.

“I don’t get a whole lot of time to use it, but I plan to show the children the games I used to play and film a reaction video!”

Whatever your reason for picking up an old joypad, you are not alone, and it is not just an activity to take part in on your own or with the family at home.

There is now a huge community of retro gamers across the country who love to share their passion.

The National Videogame Arcade, which opened in Nottingham in 2015, is a centre of all things gaming.

It welcomes thousands of visitors every year and runs huge events to make the point that gaming is for everyone.

“It’s one of the things we talk about a lot at the NVA,” said its director Iain Simons.

“You don’t know where you are unless you know where you’ve been. It’s important that just because technology has moved forward, it doesn’t necessarily mean that new games are better than old ones.”

But he warned new gamers not to be complacent.

“One of the things we do notice is that a lot of home computer games from the 80s were much harder than the games that kids are playing these days,” said Iain.

“Kids on school trips get very upset to discover that they can’t even beat level one of Donkey Kong!”

The retro aspect has even spread to the way people buy their games.

“It is what people want,” he said. “It is that feeling of nostalgia, being able to look through the games, see and feel the boxes.

“Modern gaming has had its pitfalls so now people are looking to the past to relive some real gaming memories.”

If you want to try before you buy, there has also been a resurgence in arcades or gaming cafes. These were something more common in the US or Japan when the games took off, but now the UK is getting in on the action.

Owner Michael Cox said: “Konbo is influenced by the Japanese arcade scene and, over there, old games weren’t removed and brought back in response to a trend – they never went away.

“They were simply accepted as good games – no level of gimmickry or nostalgia involved, no more than we would treat a 20-year-old film or piece of music as a novelty.

“A good game doesn’t stop being a good game, and there’s no reason a new generation of people can’t rediscover and enjoy it all over again.”

One of the household names of the gaming revolution, Nintendo, has always been a big draw – so much so, it has revived some of its older consoles in brand new casings, offering a collection of games in one handy machine.

Last year’s NES Classic was the must-have Christmas gift, but left fans disappointed when demand outstripped supply and the device was discontinued in April.

Now, the company is bringing its SNES back in the same format and promising not to make the same error.

Atari has also announced it will be bringing out a new console – 40 years after its original Video Computer System.

“Those games are very approachable,” added KG. “You can sit down and play for 10 or 20 minutes and feel that you’ve had a genuinely rewarding experience.”

Retro gaming fans have welcomed the new devices – though it will not stop them collecting the original machines and cartridges.

Take Andy Aldred, who has 19 consoles, alongside his PC, eight hand-held devices and over 1,000 games in a dedicated room.

“They are a really decent way of getting a nice collection of classic games for a reasonable price,” he said. “Buying the original hardware and all those games would cost a small fortune.”

He still takes advantage of the newer technology on offer, but there is something special about the older genre.

“For a lot of people there is an element of nostalgia and being able to own all the games they wanted to play growing up,” he said.

You may reminisce about these games in a fun way – the fighting with your siblings over the next turn or the shouts of “hadouken” as you battled.

You may recall a general feeling of confusion from the whole hubbub and noisy soundtrack.

Or you may be dedicated to your modern Xbox, PlayStations and Switches.

But in 2017, there is no denying the old school technology is well and truly back, and far from Game Over.