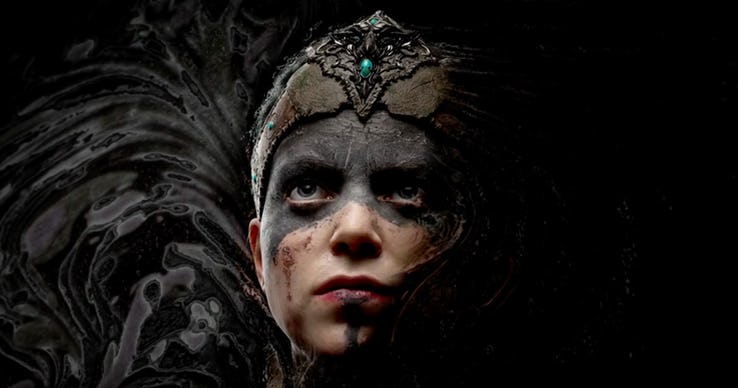 It has been a long and painful road for the topic of mental health and for those who suffer with it, to get to where we are now: a place where depression, anxiety, PTSD, grief, and more are openly being discussed. That being said, we wanted to share a really amazing article written by Will Harris. Read on!

Video games are a form of art which has, in recent years, gone from reflecting and discussing mental health in a harsh and damaging way to doing so with incredible strength, creativity, and maybe even with a view to helping those who suffer a form of mental illness. Even if you don’t, stories exist to increase our level of empathy, and if you wish to understand the mental illnesses which others suffer from, you could do worse than to try out some of these incredible video games.

Gris, meaning gray in Spanish, is about a girl who is going through a personal loss. She journeys through the five well-known stages of grief as she attempts to find her voice (literally). The world of Gris is absolutely drop-dead gorgeous and is comprised of stages and moments which represent the grief which our protagonist is moving through. As she journeys, she is pursued by a black amorphous inky creature which takes several monstrous forms throughout the game, a metaphor for grief and depression’s ability to appear for each of us as anyone or anything, unexpectedly and at any moment. She must survive this thing, lest it devours her and drown us in inky blackness. This metaphor is very on-the-nose, but the way it is presented through the game’s art is staggering – and that staggering effect is what makes the game so perfect.

In this darling little 2D indie RPG, Aurora, a princess, falls into a cold sleep after the death of her mother and the re-marriage of her father. In this state – an allegory for depression and grief – she arrives in a dreamlike fairy-tale world where she must learn, love, grow and battle her grief. The game is a fantastic exercise in using storybook style, mood, tone, and atmosphere to deliver a unique experience which blends real-life fairy tales with video game mechanics. The world is pastel bright and charming and its animation is gorgeous, but its tone is dark and its metaphors of a very deep and adult theme. This is the kind of game that can be enjoyed and appreciated by all ages, but has a real lesson for kids and grown-ups alike on the power of depression and grief, and how we learn to cope with it.

Celeste is about a girl called Madeline (not Celeste – Celeste is the mountain she is trying to climb). Why is she trying to climb a mountain? Because Madeline suffers from anxiety and has reached a crisis point in her young adult life where she doesn’t know what path she should be taking. She seeks a sense of challenge and accomplishment, and so has come to conquer Celeste.R

As the game progresses, you the player are introduced to Madeline’s self-doubt and anxiety in the form of a sardonic and cruel version of herself who mocks her and knocks her confidence. Her anxiety manifests as panic attacks and there are a handful of moments where you must help Madeline reach an inner calm by balancing an on-screen feather (as someone who suffers from anxiety, this metaphor and calming technique resonated an awful lot).

7. Night In The Woods

Mae, 20 years old, drops out of college and returns to her hometown – a quiet town where nothing much happens. Her loss of place in the world is clear from the beginning, as she feels dislocated, lost, wandering through life without purpose. We, the player, attempt to figure her out as she eludes us, even though we are in control of her. She avoids questions and her parents welcome her with open arms without making too much of a fuss at first. As the story progresses and things get weirder, we learn just how deep Mae’s dissociation goes, internally and externally. It’s a complicated story in which nothing much seems to be happening, much like the life of a person dealing with depression or anxiety – these people can be reclusive, avoidant, disillusioned, and somber. They need our help but don’t reach out. Mae is all of this, and we must play through her story. It’s a damn smart game at its core and has so much to teach us about what depression and anxiety looks like (it can look like anything).

The Last Of Us is a survival game about zombies based on those real-life spores which burrow into the brains of ants and take control of their motor functions. It’s also an incredibly poignant and intimate story of grief. In the game’s opening prologue, protagonist Joel loses his teenage daughter in the event which ruined the modern world. He has existed since then as a survivor and the game makes it very clear through his tone, dialogue, and body language that he is surviving in the same way that any instinct-driven animal does; he is not thriving or fighting or working for change, because he has nothing left. When Ellie, a girl who reminds him of his daughter, enters his life and gives him a renewed purpose, his grief begins to subside. He is not fixed and the darkness that has been growing inside him for all these years has turned him into a complex character far from altruistic (something which gives this game one of the best endings in all of games). This works to point out that grief cannot simply be fixed, but it can be treated.

This may seem an odd choice at first, but Wolfenstein 2, the game about killing Nazis in an alternate timeline where the Allies lost World War II and are now fighting to take back the US and Europe, has a lot to say about PTSD. In the early moments of the game, the player is given some powerful background information on protagonist BJ Blazkowicz: growing up as a half-Jewish boy to an abusive father and a poor immigrant mother, BJ suffered through a childhood filled with fear and domestic abuse.

As a result, he has been traumatized and this trauma has been fuel for his fire this whole time, leading him to become a soldier and fight in the war. The relationship between him, his mother, and his father explored more and more as the game goes on, and the intensity with which the story is told should be congratulated. It is honest and brutal, and when a campy, gory video game about killing Nazis puts out such a powerful message about toxic masculinity, that is a wonderful thing.

A sparse, quiet world with no music and no color. A lonely child who is too small and too fragile to thrive in this landscape. A journey across a bleak and dangerous landscape to reach someone he loves. Limbo lays on its themes thick, demonstrating loss and grief with a kind of attack on the player’s senses of sight and sound. You are little, you see only in black and white, the world around you is cruel and violent, and you are alone without a voice or anyone to help you. This is grief and depression given form. This is how it feels to lose a loved one, or to fall into depression and not know how to climb back out, with only one direction to move in. Limbo gives the player a jump button, a grab button, and the ability to move right. With only these limited tools, you must find your way out of your depression and into the light, all the while stumbling and making mistakes and dying. It’s not subtle, but it certainly resonates.

This game doesn’t do everything right, I’ll admit. A game about a group of vigilantes who, rather than attempting to redeem the game’s gallery of villains, or even address the corrupt capitalist system/toxic masculinity/hierarchical class system which lies at the heart of these villains’ problems, instead opt to literally go into their hearts and change their personalities so that they don’t commit crimes anymore. It’s not a great metaphor. Also, you can’t romance the male characters and that seems reductive in today’s video games.

What is great, however, is the game’s approach to mental illness. There are several characters we could mention, but let’s focus on Futaba: struggling for years with the belief that she caused the death of her mother, Futaba has lived as an agoraphobic, anxiety-riddled recluse. With the help of the Phantom Thieves, she is able to come to terms with her mother’s death, the truth of how it happened, and thus begin to heal and lead a healthier life. Her arc is an absolute pleasure to watch unfold.

The game that’s all about dying over and over again had some very dubious marketing strategies. Putting the focus on the game’s difficulty and the fact that you will die is to do a disservice to the philosophy of this fantastic series.RELATED: 20 Hidden Things Only Super Fans Found In Dark Souls

Dark Souls is a game about surviving everything life throws at us. Its world is indifferent to our presence, just as the real world around us is. It goes on whether we are here or not. Dark Souls is not about fighting villains, but rather about surviving against the bleakest, darkest of times. It’s about battling depression. Everything the player sees and does in Dark Souls, including bringing light to a dark world, is representative of the struggles against depression and the struggle of any human being to simply stay alive and keep our grip on our reality and our joy, day to day.

If there is one game that goes above and beyond in the representation of mental health – one game that can teach us real empathy for those struggling with anxiety, depression, suicidal thoughts, and schizophrenia – it’s Hellblade. This game was designed from the ground up to be fully true to the experiences and feelings of those who suffer from mental health issues, and this dedication has paid off in spades.

Senua is a girl living in the world of Norse Mythology. She is attempting to reach Helheim and save the soul of her deceased partner. From the game’s outset, she is plagued by voices of doubt, disdain, and threat (an experienced enhanced ten-fold with headphones). She fights against demons and creatures that we might frequently doubt are even real. She reaches locked doors and gates, and must search for signs and symbols hidden in the trees and the environment – more examples of a paranoid mind searching for meaning when there is none. I could go on and on, but this game does so much to represent a mind being torn asunder by paranoid schizophrenia; bombarded by grief, thoughts of death, and depression.

It is a difficult game to play, to be sure, especially if the player him/herself is in a fragile state. If you’re looking, however, to understand mental health in its most extreme cases, this game will do more for you than any novel or film that I’ve come across. It is a masterpiece.

[Check out the original article here]