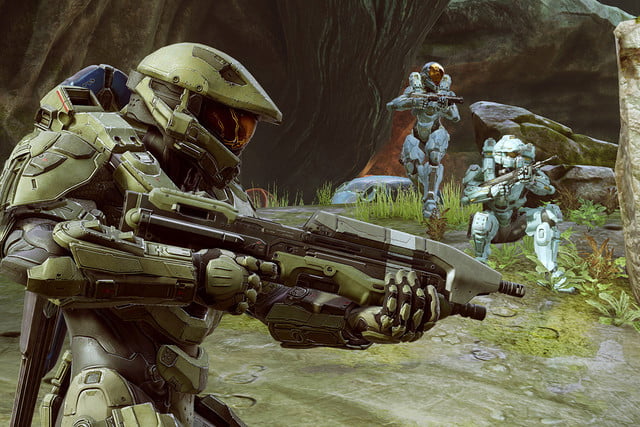 Setting games to music is not a lost art by any means, though: There are plenty of more recent soundtracks already poised to become future classics. Here are the best video game soundtracks of all time.

When you hear the phrase, “video game music,” there’s a pretty good chance that the opening tune to the original Super Mario Bros. will just start playing in your head. Whimsical, bouncy, and at a perfect tempo to keep you pushing forward, the music perfectly matches the sound effects made when Mario jumps in the air, breaks blocks, and warps downpipes. When you head underground, the volume drops, and the music switches to a minimalist beat that signals the danger ahead. Inch forward in time with the “do do do do do do” of the music, and you just might make it out the other side alive.

Even when you fail, you can’t help but crack a smile, with those few notes punctuating your defeat. When you inevitably run out of lives and have to start over from the very beginning, the game taunts you even more with a flat-key reimagining of the theme song’s opening notes. Before you have a chance to beat yourself up too much, however, it’s back into World 1-1 and the most memorable tune in video game history.

The original Halo introduced us to the series’ signature, choir-heavy theme song, and the third game ended with an emotional piano number that offered what we thought was definitive closure to Master Chief’s story. But neither can compare to the electric guitar shredding of Halo 2. Early in the game, we’re reacquainted with the Covenant’s deadly Hunter enemies, which typically strike fear into our hearts the second they burst onto the scene. But with Steve Vai’s solo blaring in our ears, we had the confidence to charge in with our guns blazing. When we switch perspectives and take control of the Arbiter, the music takes on a horror tinge, one peppered with silent, tragic moments that remind us of the impossible mission he must complete.

Even the game’s controversial, cliffhanger ending was made more bearable by the soundtrack. As Master Chief utters his famous, “Sir, finishing this fight” line, Marty O’Donnell’s score crescendos and the screen cuts to black. Fans would have to wait three years to discover how the war between the humans and Covenant came to a close, with the score ringing in their ears.

Aside from rhythm games such as Thumper and Guitar Hero Live, it’s rare to see a developer work its music directly into its game’s mechanics, but that’s exactly what Ubisoft Montpellier did in Rayman Legends. After several traditional platforming stages — each complete with their happy songs — each world ends with a lightning-fast platforming sequence set to a modern rock or pop song. Classics such asBlack Betty and Eye of the Tiger are recreated with Rayman’s oddball humor (the latter is played entirely on kazoo) as the limbless hero sprints toward the finish line, and his jumps are in perfect time with the songs. Symbol crashes, for instance, ring out whenever Rayman is about to be hit by a cannon blast, and this all happens within the game world, with enemies joining in to perform a concert as they try to kill our hero.

Punk rock and skateboarding grew up together, and Tony Hawk’s Pro Skater reflects that, setting an upbeat tone with pop, punk, and ska earworms that found a new audience, and popularity that extended beyond the game. With tunes from acclaimed bands such as the Suicide Machines, Dead Kennedys, and the Vandals, the game had the perfect soundtrack to listen to for hours as you attempted to master your “McTwist” or replicate the 900 you saw Mr. Hawk complete on TV. One song has come to represent the THPS franchise’s cultural footprint more than any other: Goldfinger’s horn-infused ska track Superman is so relentlessly upbeat and catchy, it’s virtually impossible to get upset when you’re listening to it. The other games in the franchise all feature strong soundtracks, but without Superman, they all seem to be lacking something.

If Rayman Legends managed to tie its soundtrack to its gameplay in a way no other game had before, BioShock Infinite achieved a similar meld of music and story. From the moment Booker DeWitt steps foot in the floating city of Columbia, he’s greeted with music that doesn’t exist yet. The Beach Boys’ God Only Knows, is sung by a barbershop quartet, even though the song wouldn’t be written for about 50 years. As the space-time continuum further disintegrates around Booker, he hears tunes from bands such as Creedence Clearwater Revival and even new-wave legends Tears for Fears.

Perhaps the most memorable moment in the entire game can be skipped if players aren’t nosy enough. After entering a basement, Booker can pick up a guitar and perform Will the Circle Be Unbroken? As a duet with his companion, Elizabeth. You feel their emotions through the speakers, and the song left us thinking about how its lyrics related to the universe or multiverse, for weeks afterward.

The Legend of Zelda: Ocarina of Time is often regarded as one of the greatest video games ever made, and while that praise stems primarily from its fantastic world design and time-traveling story, it would be downright criminal to discount composer Koji Kondo’s contribution to the title’s success. From the moment Link wakes up as a child and begins walking around Kokiri Forest, the light, calming music sets the mood — it’s soothing almost to hide the fact that the nearby area of Hyrule is soon going to plunge into darkness.

As Link ventures into Ocarina of Time’s dungeons and finds spiders, undead creatures, and terrifying bosses, Kondo’s soundtrack is appropriately sinister, but you’re always free to go back in time to hear the cheery tunes of Link’s youth. And few things are more exhilarating than charging across Hyrule Field on Epona as the music crescendos into a loud, booming chorus that gives you the confidence you need to defeat Ganondorf.

The Super Nintendo was capable of producing audio far superior to what we heard on the original Nintendo Entertainment System or even the Sega Genesis, and Super Castlevania IV might just be the best example of what the console could do. Combining the blaring organs associated with gothic horror with the rhythmic chiptune beat Castlevania fans had come to expect, the soundtrack often outshined the game’s visuals, which are still beautiful more than 25 years after the game’s initial release.

Even if you loved a particular song from the original Castlevania NES trilogy, there’s a good chance it’s in Super Castlevania IV, as well. Later stages use reimagined versions of these tunes, including the first game’s Vampire Killer, giving you a healthy dose of nostalgia as you push into Dracula’s Lair. Our favorite song has to be Simon’s Theme, however, as its punchy melody and blistering pace make it the perfect background music as you cut some ghoulish creatures down to size.

The Mega Man games are notoriously difficult, but without picking up a controller or even seeing footage online, you can tell that Mega Man 2 is going to be relentless from its soundtrack alone. Every stage’s song is a breakneck, anxiety-inducing sprint that you’ll struggle to keep up with, and even the game’s slower tunes, which you’ll hear in Air Man’s theme, are still faster than the majority of music on the NES.

It isn’t until you finally defeat Dr. Wily and view the ending credits that you finally get a chance to breathe, as the music switches to a soft, melodic tune as a reward for all your efforts. Later games in the series, like Mega Man X, were certainly able to build on the foundation of Mega Man 2 and deliver something a little more complex, but there’s something charming about the soundtrack’s simplicity.

Square Enix’ masterpiece, Chrono Trigger, has stood the test of time, with some regarding it as the best role-playing game ever conceived due to its complicated story, fine-tuned battle mechanics, and Akira Toriyama’s signature character design, and Yasunori Mitsuda’s beautiful score. The opening title screen begins with a soft, ominous tune that hints at more bombastic music later on, but over the course of Crono’s adventure, we hear a wide variety of music. Frog’s Theme, for instance, is as stoic as the knight, but with a tragic undertone that hints at the struggles, he’s faced since his transformation.

Our favorite music has to involve Magus, arguably the game’s best character. First believed to be an antagonist who wants nothing more than to send the world into peril, he eventually is revealed to be a more nuanced character who forms an uneasy alliance with the rest of the group. His theme reflects this, always appearing like it will reach a boiling point without ever actually getting there.

The Uncharted series can be described as a direct descendent of the original Tomb Raider games. The game’s music, however, is one of a few elements that helped Nathan Drake climb out of Lara Croft’s shadow. His theme song can only be described as “epic.” Hearing it transports us to one of the series’ many beautiful, treasure-filled vistas. Drake’s Fortune also knows when to ratchet things back to built up dramatic tension, especially in between gun battles. “I’ve got a bad feeling about this” doesn’t even begin to describe these spooky, otherwise silent sections, where just one false move could send Nathan plummeting into a pile of skeletons or a group of gun-toting mercenaries.

The opening hours of Nier: Automata are accompanied by a melancholy and occasionally cheery soundtrack that mostly exists in the background as you move throughout the open world. The song Rays of Light has a memorable and simple piano tune that you’ll often find yourself humming — as there is little noise when in the game’s City Ruins — but the final few notes of the jingle shift toward a more depressing tone that is evocative of the emotional torture you’re about to endure over the course of the game.

The game’s final moments are where the fantastic soundtrack really hits its high point. An initially quiet, somber tune, The Weight of the World, is sung by a single woman, but it gives way to an orchestral anthem, with an entire choir of voices joining in as you make your way to the game’s touching conclusion. Even after 2B and 9S finished their journey, we still wanted to “shout it loud.”

Read the original article at Digitaltrends.com