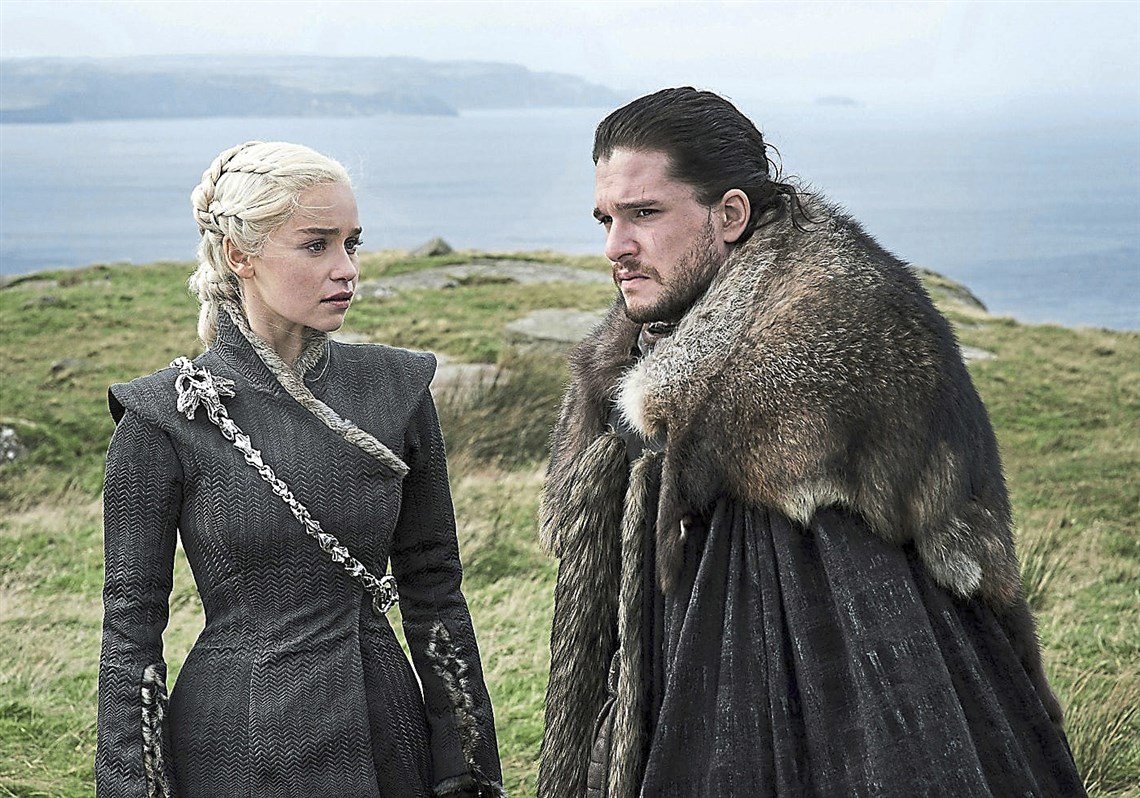 Whether you see 2017 as the second or third golden age of television, there’s no doubt that the quality of TV music has surpassed anything that’s come before. This isn’t to discount memorable jingles and tunes from the likes of “Friends,” where you’re always stuck in second gear, “Cheers,” where everybody knows your name or even “Gilligan’s Island,” that tale of a fateful trip.

But while several such themes have topped the Billboard charts over the decades, there’s been an orchestral shift of late in favorite shows like HBO’s “Game of Thrones” or Netflix’s “House of Cards.” Both feature instrumental theme songs and music that have been performed around the world, packing concert halls and arenas for their respectively epic melodrama and grungy angst.

In short, streaming is where the money is.

Other favorite streaming show themes include pieces like the synth-heavy opening titles of “Stranger Things,” which earned an Emmy for its simple broken chords and ’80s vibes. Then there are the spine-tingling vocals, and creepy string drones of “Edelweiss” that precede each episode of Amazon’s “Man in the High Castle.” Ebullient classical variations on Phoenix’s “Liztomania” herald each episode of Amazon’s Golden Globe-winning series “Mozart in the Jungle.”

“Services like Amazon Prime and HBO and so on simply have more money than conventional production studios, and this gives us a chance to do something beautiful and memorable with the themes really” said Roger Neill, composer for shows including “King of the Hill,” Chuck Lorre’s award-winning sitcom, “Mom,” and “Mozart in the Jungle.”

“When it comes to title music, that was becoming a lost art,” Mr. Neill said. “Because of cable and networks fretting about using every available second for content or advertising, you’d only have about 7 seconds.”

Mr. Neill hasn’t been involved with “Mozart in the Jungle” since its second season, but his music still accompanies the show’s opening minutes.

“It’s a bit of a gold rush on the part of the services to build up their libraries,” Mr. Beal said. “They’re not just spending on a TV show but investing in music that could last decades.”

The “House of Cards” theme is far from the only TV theme to have been performed out of context of the show, but its presence on the global stage is notable. Mr. Beal’s television music has been played in some of the most famous concert halls in the world, including Washington D.C.’s Kennedy Center as well as the Het Concertgebouw Amsterdam in the Netherlands.

Mr. Neill agreed, citing the score to “Game of Thrones” as a particularly good example.

Ramin Djawadi wrote the theme for “Game of Thrones,” a stately gallop heavy on percussion, strings that gets its medieval feel from modal oscillations between major and minor keys. “I feel that main titles and themes are becoming popular again,” Mr. Djawadi said in an email exchange. “The main titles and themes can be done complexly or simply, it doesn’t mean necessarily more orchestral, but their ultimate goal is to give the show an identity.”

Mr. Djawadi is also composer for the HBO show “Westworld,” and his film credits include blockbusters like “Pacific Rim” and “Iron Man.” (The music for “Iron Man” earned Mr. Djawadi a Grammy nomination.) “With people watching shows ‘on the go’ there’s certainly the ability to skip through the opening titles,” said. Mr. Djawadi. “However with any great show, you will always want to watch the opening title to get in the mood for the show.”

It’s common for composers to write for both television and film (“Film work gets you the other work,” said Mr. Neill), but as television budgets increase, the stylistic differences in film and television scoring are diminishing.

“In a way, I think there are more opportunities for associating a world with music in long-form television than in movies, the exceptions being franchises like ‘Harry Potter’ or ‘Star Wars,’ ” said Mr. Beal. “Watching series in a compressed period [i.e., binge watching] — it becomes more like a long movie. Music can tie together narrative threads throughout the show.”

Take the minimalist Marvel themes for all five of their live-action superhero shows in Netflix’s streaming stable: “Daredevil,” “Jessica Jones,” “Luke Cage,” “Iron Fist” and “The Defenders.” Each show’s theme was distinctly crafted for its respective show, but all are similar in structure and feel, helping tie the world together even though a different artist composed each theme.

The Marvel themes all comprise a limited instrumental and electronic palette and present more of an aural landscape than a hummable tune.

Hans Zimmer, perhaps the most famous film composer alive next to John Williams, composed the theme for the Netflix series “The Crown.” (Mr. Zimmer only composed the theme, another composer wrote the score for each episode.) Henry Jackman, composer of such film scores as “Captain America” (“Civil War” and “The Winter Soldier”) and “Kingsman: The Secret Service” is the composer for “The Man in the High Castle.” Streaming studios are investing heavily in the talent they hire to create these themes.

In some ways, this represents a return to the early days of cinema and TV in the early 1900s, when musicians or orchestras would perform the soundtracks to silent films live at theater houses. (Mr. Beal’s grandmother was a pianist at one such home.)

When single companies sponsored television shows back in the 1940s, show themes were often elaborate advertisements for the companies rather than the shows. The ’50s and ’60s saw themes meant for non-serialized TV; shows like “The Brady Bunch,” “Gilligan’s Island” and “Beverly Hillbillies” all featured theme songs that explain the premise of the show.

With the advent of increased cable programming around the 1980s, television themes were cut down in length, as networks feared that a lengthy, repetitive introduction at the outset of each episode would encourage viewers to change the channel to something else. This wasn’t exclusive though — the ’80s and ’90s were really when quality began to emerge, with themes to shows like “Cheers” or “Friends” capturing the spirit and energy of the show rather than narrating exposition.

According to Robert Thompson, author of “Television’s Second Golden Age” and the director of the Bleier Center for Television and Popular Culture at Syracuse University, the complexity of long-form television and the narrative qualities of the stories engendered more complicated and interesting theme songs around the 1990s continuing into the 2000s. He cited “Twin Peaks” and “The Sopranos” as early examples of this increasing sophistication.

He said that streaming services are using music as a way to set their shows apart from cable, and Mr. Beal agreed.

There are some ways you can go to make something seem high-pedigree, and classical-sounding music is just one arrow in that quiver.” Mr. Beal said.Cinema has created the prejudice in viewers that larger budgets mean you use an orchestra and that that’s more qualitative.”

At the current market rates, composing for a big-name streaming service show is the second most lucrative avenue for film and television composers next to writing for blockbuster films. And as streaming subscriptions continue to see growth, it may not be long before they can afford to snare even the likes of a John Williams (or Hans Zimmer) to score the next big show.

Read the full article at Post-gazette.com