Game Music Town/Our Blog/News and Articles/What’s it like writing music for a torture scene? 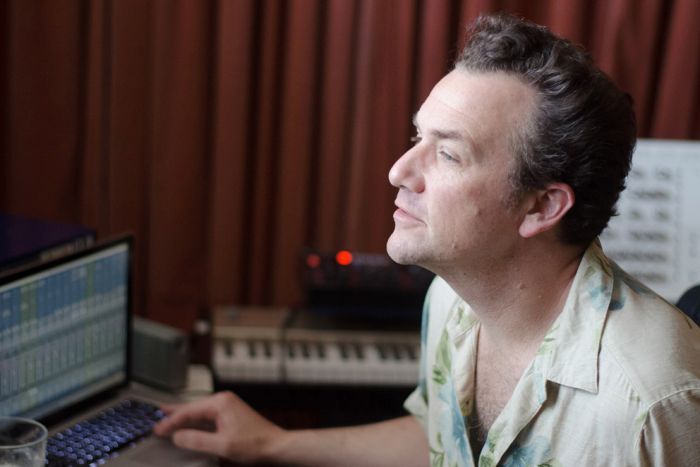 It could be the tension; it could be the gore. Either way, there are moments during some horror films where you just need to look away. Dan Luscombe didn’t have that luxury.

“Any scene that there was music in, I had to watch — either in tiny increments or its entirety — up to 100 times,” the musician, best known as a member of The Drones, tells the ABC from his studio in Melbourne.

Luscombe is talking about composing the music for Hounds of Love, an Australian film about two serial killers in Perth in the 1980s who hold a teenager hostage in their home.

The film has been called “the scariest you’ll see this year,” and a “textbook psychological analysis [of] low self-esteem and manipulative, silver-tongued psychopaths.”

So, if you flinch at the thought of a torture scene, spare a thought for the composer.

“It’s quite horrific when you reach a point where you don’t even notice that this horror is happening in front of you,” Luscombe says.

Luscombe wrote the score mostly on a range of synthesizers. He took cues from the electronic duo Suicide, who started playing clubs in New York City in the late 1970s, and in particular their song Frankie Teardrop.

It’s got this horrible claustrophobia about it,” Luscombe says of that song.

“It’s like this awful thing happening behind closed doors, and nothing is going to come and save them. It has this incredible atmosphere of private horror.”

“Private horror” pretty accurately captures what’s going on in Hounds of Love, as Vicki Maloney, the teenager, attempts to escape the suburban home of John and Evelyn White, the sadistic couple holding her captive.

Luscombe’s score is sometimes just a single note, very low in the register, over the top of a pulsing drum — a sound not unlike a human heartbeat.

“It all takes place in a hot, Perth summer,” he says. “I was trying to get at heat, essentially — a combination of heat and menace.”

It’s been a healthy year for the horror genre

Overseas titles like It and Get Out have generated enormous publicity, the latter both a commercial and critical success, earning a 99 percent rating on Rotten Tomatoes.

The central piece of music written for getting Out is very different to Luscombe’s work but equally unnerving.

Sikiliza Kwa Wahenga, by Michael Abels, is built off a chant in Swahili that includes warnings “in the vein of ‘trust your ancestors’ and ‘be careful,'” writer and director Jordan Peele told triple j earlier this year.

For Killing Ground — about a young couple’s New Year’s Eve camping trip that goes very wrong — Australian composer Leah Curtis, who is based in Los Angeles, wanted to create something “suspenseful and foreboding.”

Like Luscombe, she was aiming for a feeling of claustrophobia, and though she was scoring for strings, rather than synthesizers, used long stretches of the same note.

“Doing a thriller was a bit of a step out of my comfort zone, which I think is great,” says Curtis, who moved to the US to study composition and has mainly worked in drama.

When she read the script, she says, she had her hand over her mouth most of the time, and wanted to capture that sensation — “the feeling of something dropping away, the fear of what’s about to happen.”

“A lot of it was about creating a visceral feeling … It’s in a very similar key all the way through, so it tries to keep that tension building and building.”

Letting the silence do the work

At some points, Luscombe and Curtis say, it’s best for a screen composer just to shut up — to acknowledge, in a suspenseful moment, the power of silence.

“A lot of the discussion is about ‘where are we going to stay out of the way in this film,'” Curtis says.

And in the end, if your work involves putting music to moments of human depravity, maybe that’s a welcome relief.

For Luscombe, locking off the score for Hounds of Love meant not having to endure those scenes again — except, that is when it was time for the film’s premiere.

Which he took his girlfriend to.

“Afterwards, she said ‘that was an incredible film, and I never want to see it again,'” he says.